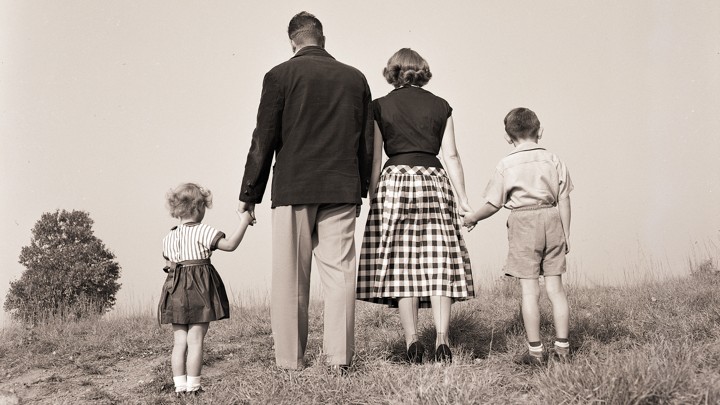 What to do when financial stability is beyond one’s grasp? Over the past decade, a coterie of punditsand think-tank scholars have arrived at a surefire answer, a simple one that comes with a snappy title and puts the onus on the individual: pursue the “success sequence.”

The slogan refers to a time-honored series of life events: graduating from high school (at least), getting a full-time job, and marrying before having kids (in that order). As the conservative columnist George Will wrotelast year (in a piece headlined, in part, “Listen up, millennials”), “Of the several causes of descent … into the intergenerational transmission of poverty, one was paramount: family disintegration.” He called the success sequence “insurance against poverty” for young adults.

The success sequence has a powerful allure for its adherents. But just as strongly, the idea repels: A number of critics—many of whom are academics and have sturdy research to back up their position—reject it, not because following it is a bad idea, but rather because it traces a path that people already likely to succeed usually walk, as opposed to describing a technique that will lift people over systemic hurdles they face in doing so. The success sequence, trustworthy as it may sound, conveniently frames structural inequalities as matters of individual choice.

The concept of the success sequence has caught on for multiple reasons. “I think part of the appeal is it’s a fairly straightforward way of formulating a life script,” Brad Wilcox, the director of the National Marriage Project at the University of Virginia, a professor of sociology there, and the best-known advocate of the success sequence, explained. “It has some kind of connection to the way most people came up and they sort of see perennial wisdom. And I think the fact that there are three steps to follow. That is appealing.”

Stephanie Coontz, a professor of history and family studies at Evergreen State College in Olympia, Washington, the director of public education at the nonprofit Council on Contemporary Families, and the author of Marriage, a History: How Love Conquered Marriage, largely agrees with Wilcox. “It’s a 20-second sound bite anybody can agree with,” she says. “It’s advice everybody gives their kids. There’s nothing complicated about it.”

The way the success sequence rose to prominence as a prescription for poverty says a lot about the narratives that America tells itself about meritocracy and who’s deserving of “success.” As far as I’ve been able to determine, the first use of the term occurred in 2006 when the historian and writer Barbara Dafoe Whitehead and the sociologist Marline Pearson co-authored a report called “Making a Love Connection,”for the National Campaign to Prevent Teen Pregnancy, a nonpartisan sexual-health advocacy group that’s now known as Power To Decide.

Whitehead and Pearson wrote that modern teenagers “lack what earlier generations took for granted: a normative sequence for the timing of sex, marriage and parenthood.” Then they put a slogan on such a sequence and described it. Teens, they wrote, “lack knowledge of what might be called the ‘success’ sequence: Finish high school, or better still, get a college degree; wait until your twenties to marry; and have children after you marry.”

So the phrase was born. In the years since, the sequence has been modified somewhat by its promoters to graduate high school, get a full-time job, and marry before having babies, and “success” has been defined down a little to mean “stay out of poverty.”

There has long been concern over the personal economic impact of non-marital parenthood, but a notable flare-up in the debate—one that presages the present-day success-sequence campaign—was sparked by a TV plotline. In May of 1992, the TV character Murphy Brown, of the eponymously titled show, gave birth to a child. She was single, and many social conservatives were outraged; Vice President Dan Quayle condemned the plot, saying that it “mock[ed] the importance of fathers.”

Four months later, with the Murphy Brown debate still fresh, Nicholas Zill, from a think tank called Child Trends, spoke on the topic of childhood poverty in testimony before the House Subcommittee on Human Resources. He never mentioned Brown, but he nonetheless gave powerful ammunition to social conservatives. In his talk, Zill presented datashowing that 45 percent of children in single-parent families lived in poverty, versus 8 percent of children in married-couple families. He talked about both individual behavior—as in, being a single parent—and structural obstacles that perpetuate childhood poverty, such as racial discrimination, high unemployment, and too-low wages.